7 Quick Takes Friday
--- 1 ---
I know that we are not the generation for 10 minute youtube videos, but if you get a chance, have a sit down and enjoy this one. It's so very moving. And, I'm so grateful to everyone who does what they're good at. It adds so much to this world we are in.

--- 2 ---
Speaking of the Lord's Prayer, this week at church, like every week, the priest invited all the children up to the altar to pray it together before the sign of peace. This week, though, George got brave and we went up together. Little did I know that Rowan was running behind us, toddling with her sunglasses in one hand and her "My First Bible" with a handle dangling from the other hand. I heard chuckling from the congregation, but it never occurred to me that it could be my child... Well, I got all the way to the front, turned around, and Rowan was trying to climb the stairs of the altar, but couldn't keep all her "treasures" in her hands and climb the steps. I thought the priest was going to die of laughter.

It's a small thing--but this is the most comfortable and affirmed I've ever felt in church in Germany. So that's a win. And my kids liked being in the limelight for 2 minutes. Hah.

--- 3 ---
This Sunday is the start of Advent! Did you know that in Germany they have 4 same-colored advent candles? They have no pink Gaudete candle. Funny.

--- 4 ---
I've enjoyed many of the New York Times 360 videos. A few weeks ago they featured the Steinway piano making plant... which we pass quite regularly on our way into Hamburg. Very cool.

--- 5 ---
Guys. I finally made it to a thrift store. In fact, I think I only made it to one once last year and now we have a cute and tiny one close to home. Check out the strong china game: 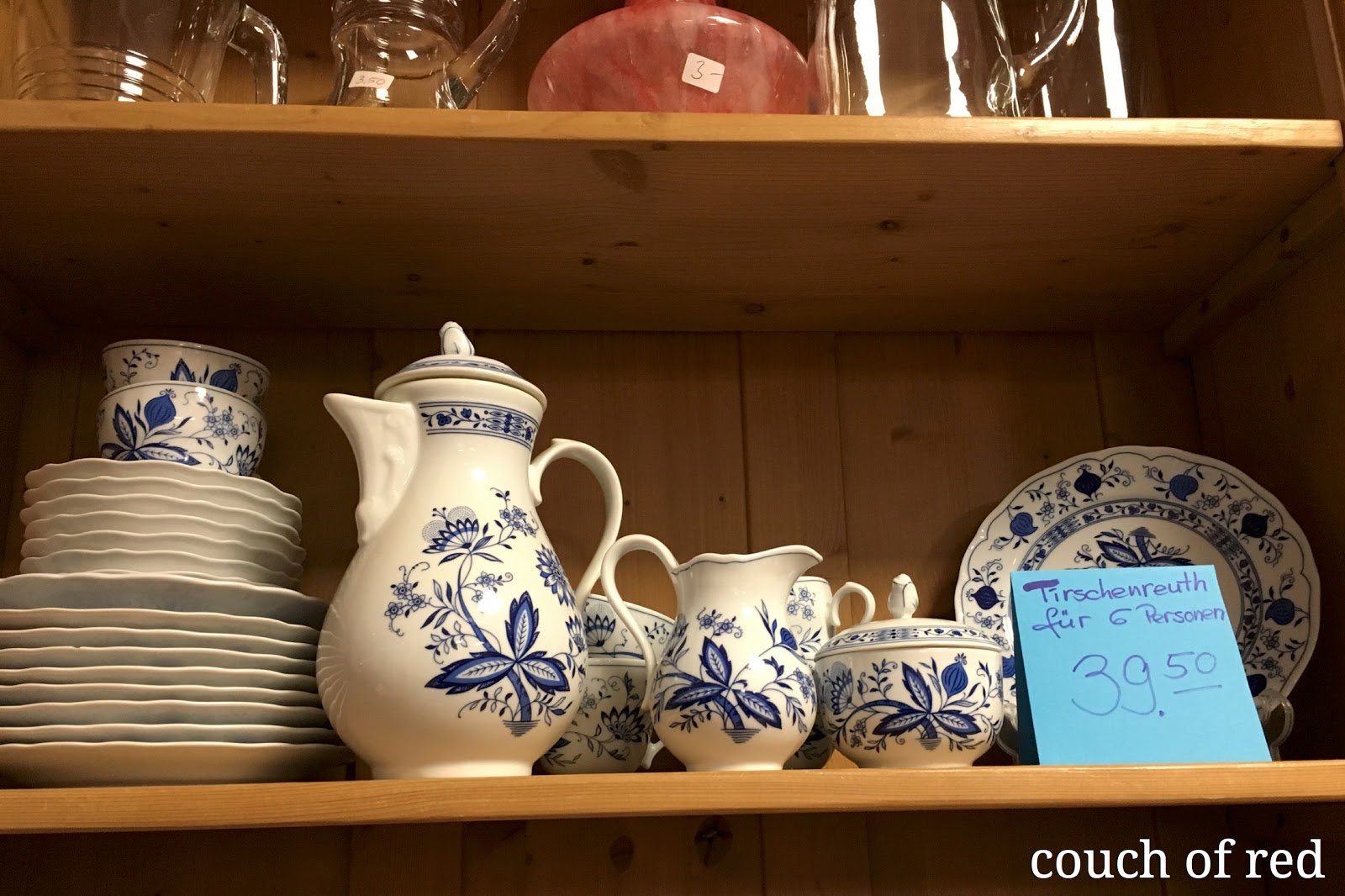 --- 6 ---
Each year I am aghast at the awful selection of Christmas movies on Netflix, Amazon, and the like. Maybe there will be a better selection when December 1 hits, but MAN. I played a 45 minute animated movie about elves the other night and turned it off because the characters were so RUDE. I mean, yeah, my kids are rude sometimes and so are their friends, but there ain't no reason to show them more ways to lose friends. UGH.

So, I turned it off. Started another movie that was way more innocent... but also talked about having no money at Christmas (an adaptation of the Gift of the Magi)... Also a bit too much for my 2 and 4 year old, but at least they were nice to each other?! :)
--- 7 ---
One highlight of our time with family visiting over Thanksgiving was stealing away to our little Italian restaurant at the end of our neighborhood with my mother-in-law, Beth. It was an hours-long affair with a bottle of wine and divine pasta. Soooo good. And the company? Even better. However, it was the icing on the cake when three men walked in around 9 pm and serenaded the whole restaurant.

Happy Friday!
Posted by Mrs. Mary Virginia at 2:52 AM