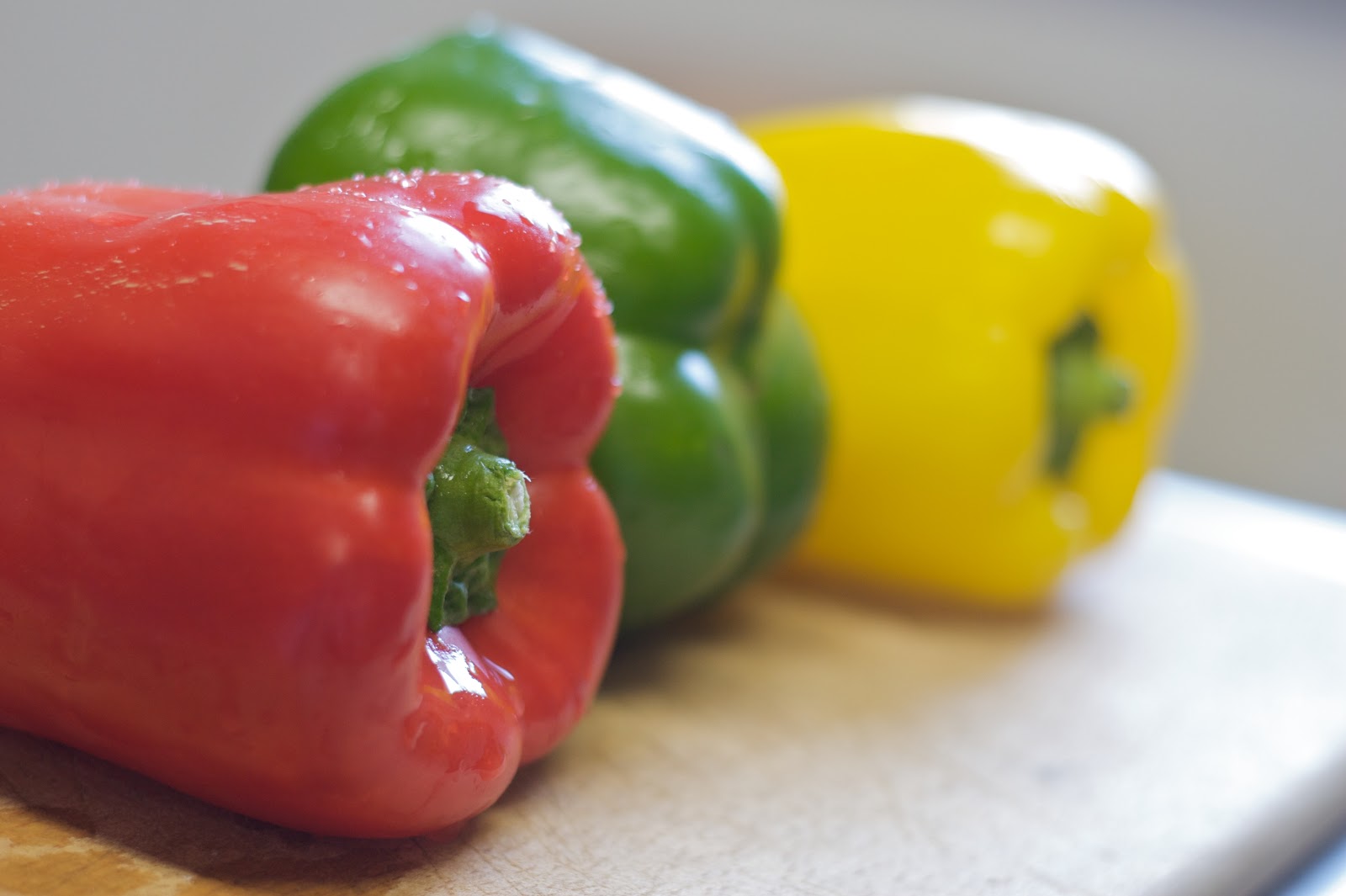 I've thought it over and I've read it in many places and I wholeheartedly agree that eating well in the home means spending time in the kitchen. Food is neither processed nor quickly consumed in the world that I live in. The hummus starts with hard chick peas that need to soak overnight and boil for an hour. Vegetables need to be chopped and stored in such a way that they will survive until their intended meal. Even pretzels come in big bags and need to be divided into smaller containers to be taken to work. (shocking.) 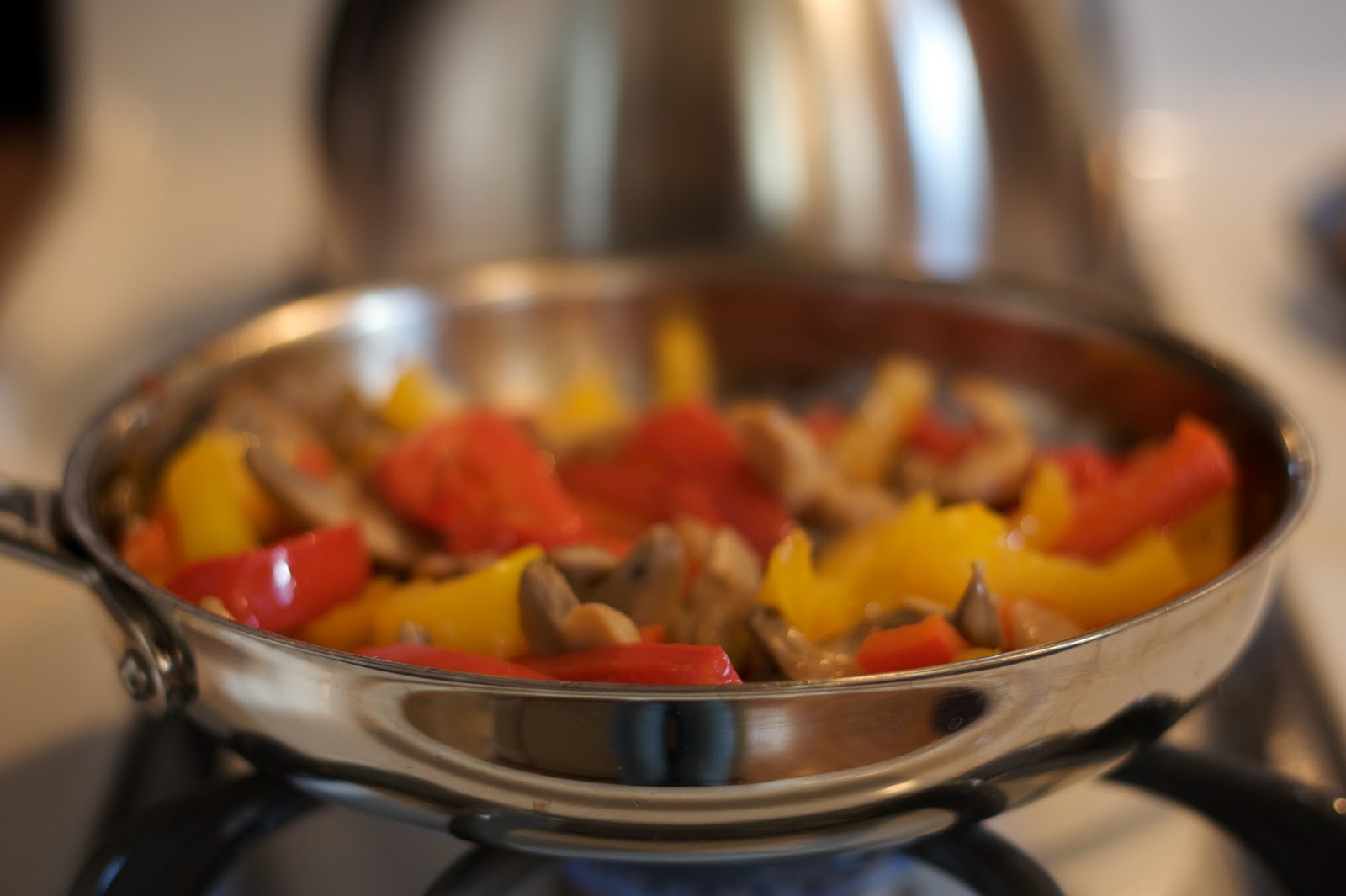 In the first year of our marriage, I decided that while I love trying new recipes, I wanted a way to know what we both like and is easy to get on the table. So, I used some birthday money to buy myself a bamboo recipe box. It became a non-emotional way of talking about liking or not liking dinner. "Is this a recipe box meal?" did not throw me for an emotional loop when the answer was simply, "Nope". Just... not a recipe box meal. 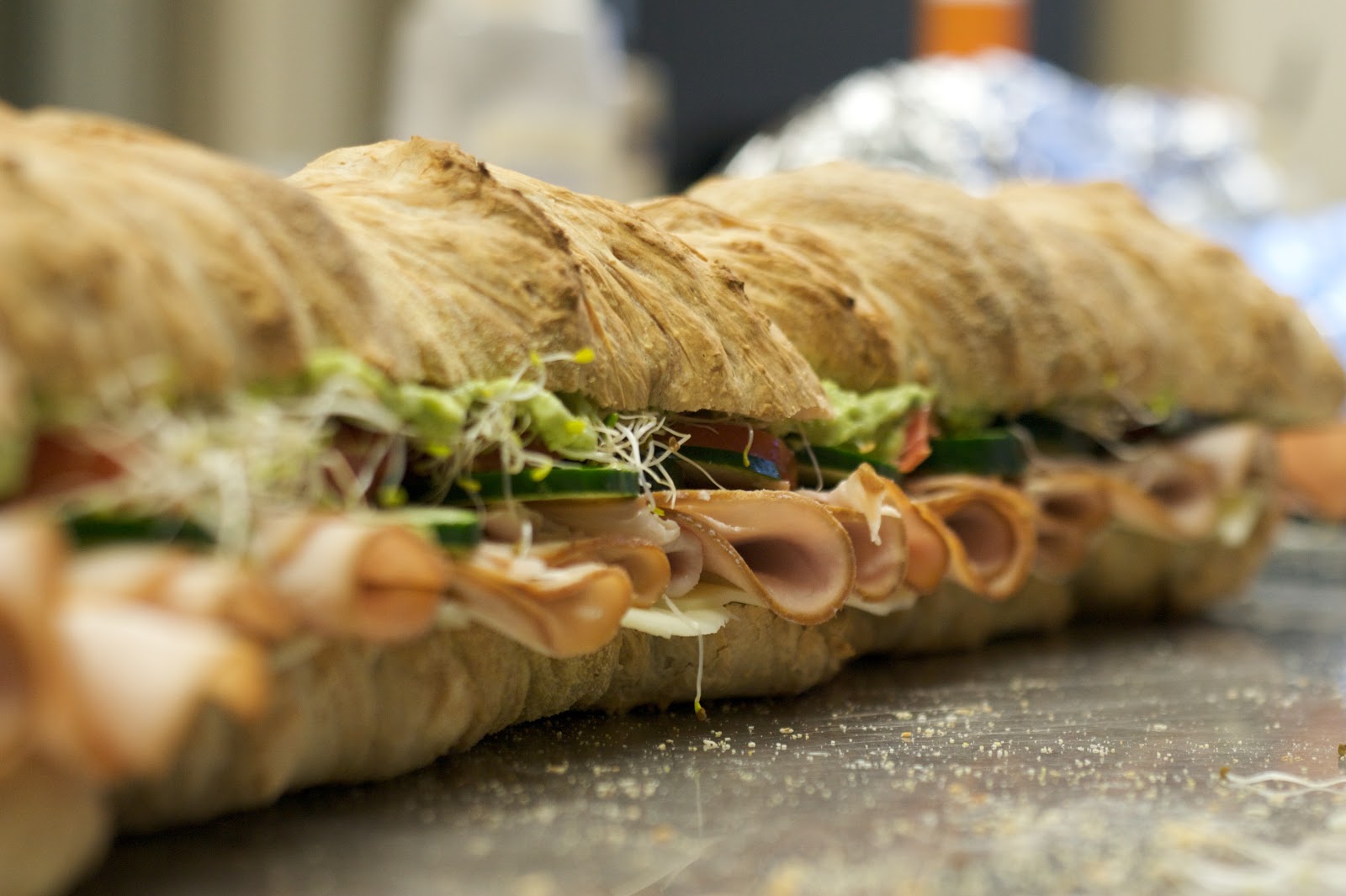 Now that we've been married for four years, I've discovered that I also get sick of recipes... or find ones that are better than what's in the box. Also, we've just moved. So that means that we've eaten slow cooked meals three nights this week so that making dinner is simple. I walk in the door at 5:45 on a good day, which means dinner needs to happen typically right upon my arrival.

So, as we shift and adjust to our new life, I find that I'm clinging to the old faithfuls and I image that I'll cling to the joy of getting to cook and bake more interesting things on the weekends. Last weekend, I made wheat bread, chili and Virginia made ice cream. It was a success. 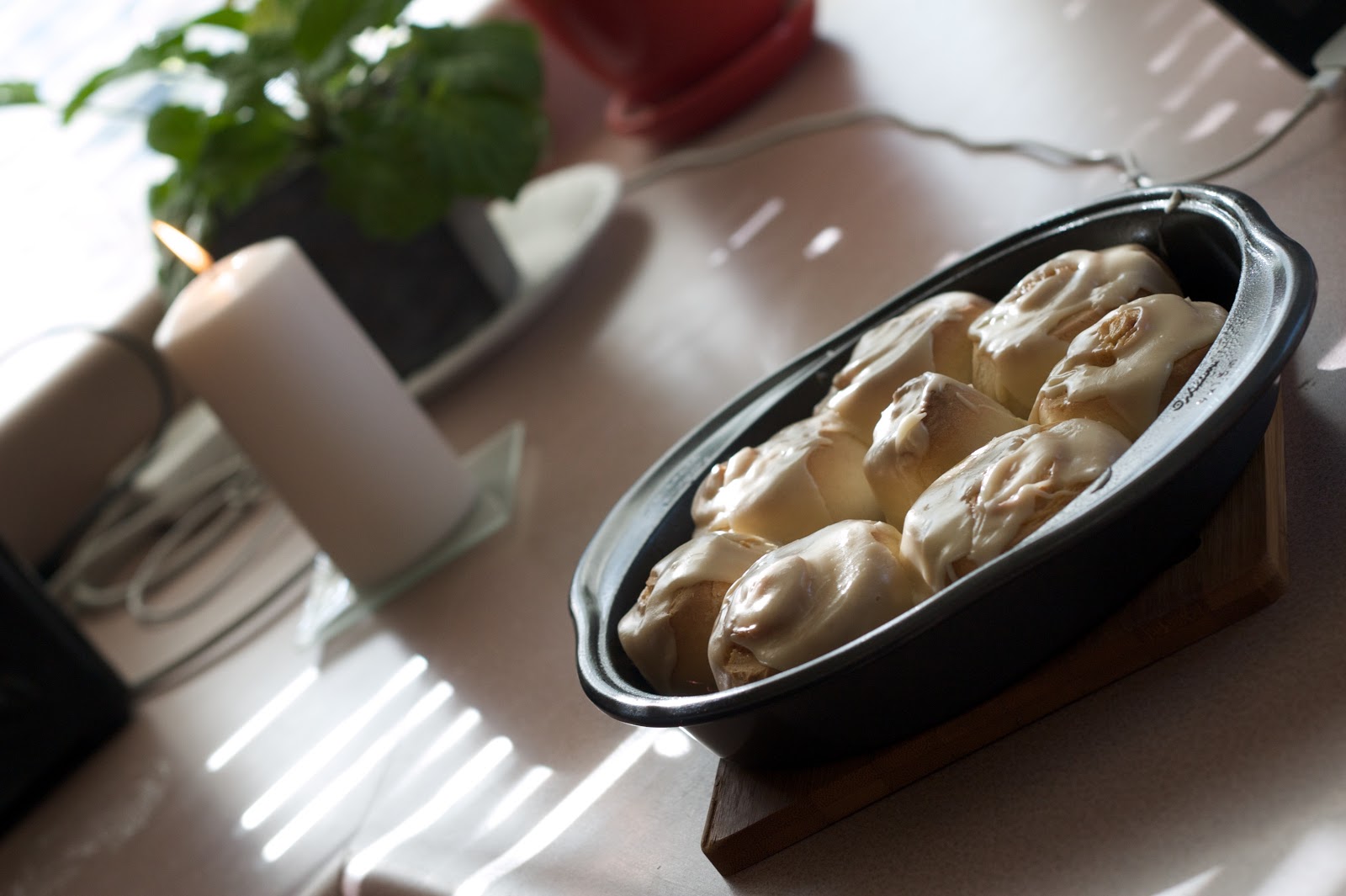 So, in the spirit of all things kitchen, I'll share with you my favorite coleslaw recipe in the world... Grandma Ginger's! 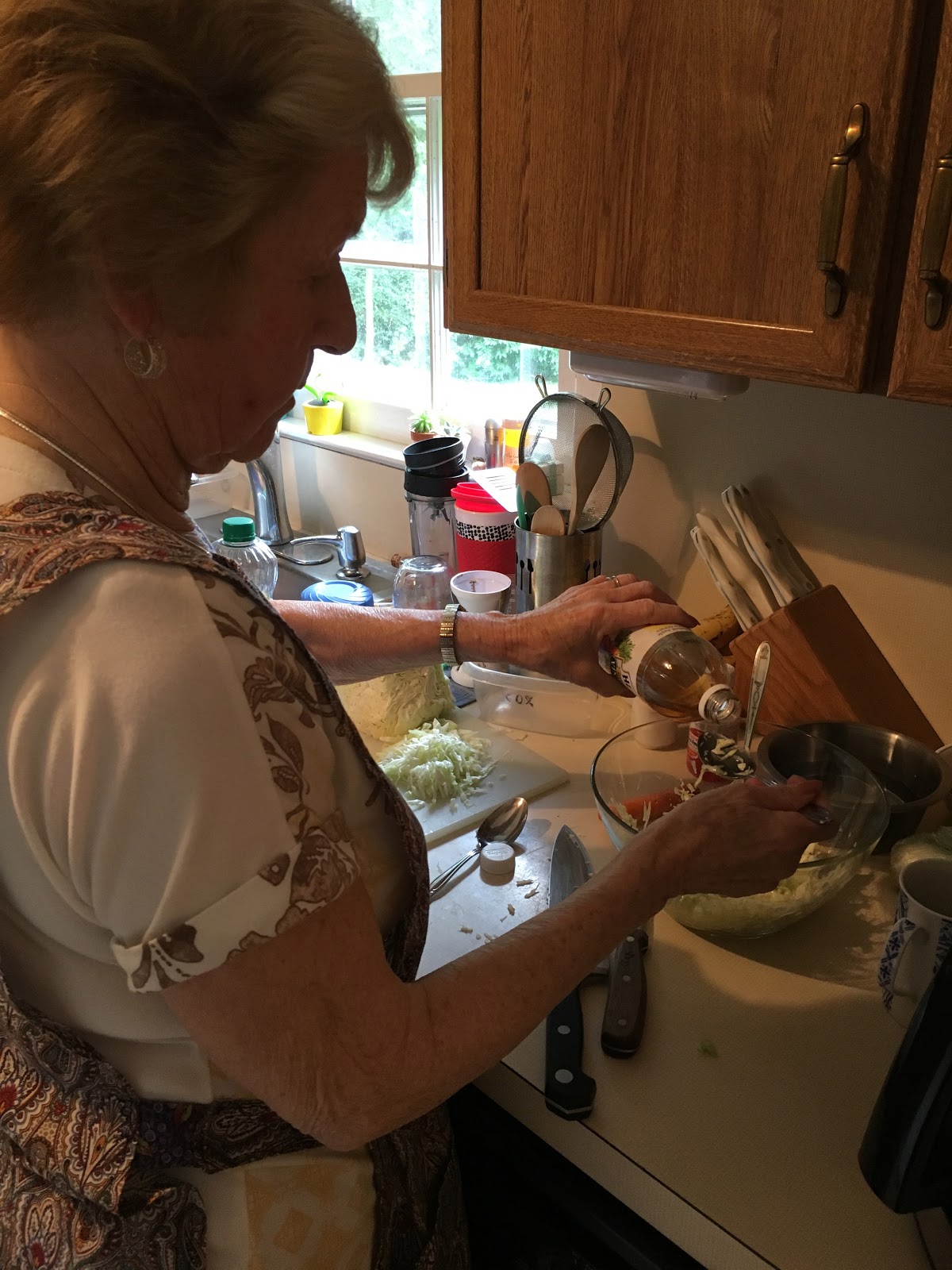 One "container" worth of chopped cabbage
(The container she uses is similar sized to the containers that deli meat comes in these days. Maybe two cups?) She also chops and reserves about 1/2 cup of more cabbage and carrot. This is for adding at the end.
Salt as you chop it and add to the bowl.
2 TBSP Canola Oil
2 TBSP Apple cider vinegar
3 tsp sugar

2 TBSP mayo
Add the reserved cabbage and carrot
(I think this last step keeps it from drowning in it's dressing?)

It's awesome. G'ahead and try it!

Email ThisBlogThis!Share to TwitterShare to FacebookShare to Pinterest
Labels: Cooking