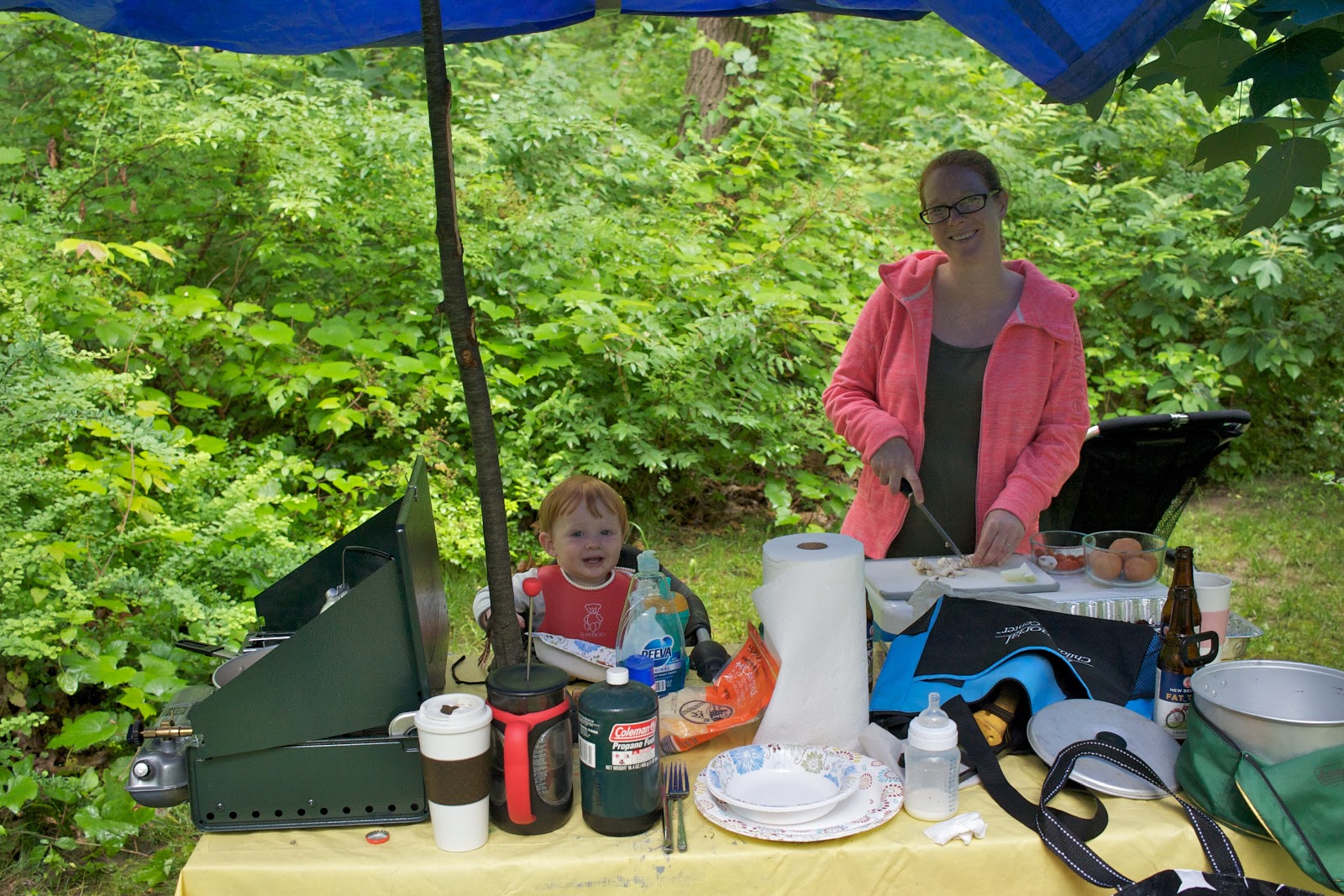 The bug bites of the weekend have (mostly) stopped itching and I've had a few (long) showers, so I feel a bit more prepared to share about our camping adventure from the weekend. While I know that some would NOT call what we did camping (cots, state park, real toilets and a shower, etc), someone like me, who never camped growing up, would very much consider this camping. Hah. Take what you can get, eh?

We went to Pokagon State Park with several other families, with roughly 9 kids between all of us under the age of... 7? So, here's a brief recap with some fun pictures for you!

We had been at the campsite for maybe an hour when I turned around and saw George sitting in poison ivy (which was growing everywhere). As Brian held him and I wiped him several times with wipes, I was basically chanting in my head that we needed to go home. We didn't. AND, George walked away unscathed. I'm so very grateful! 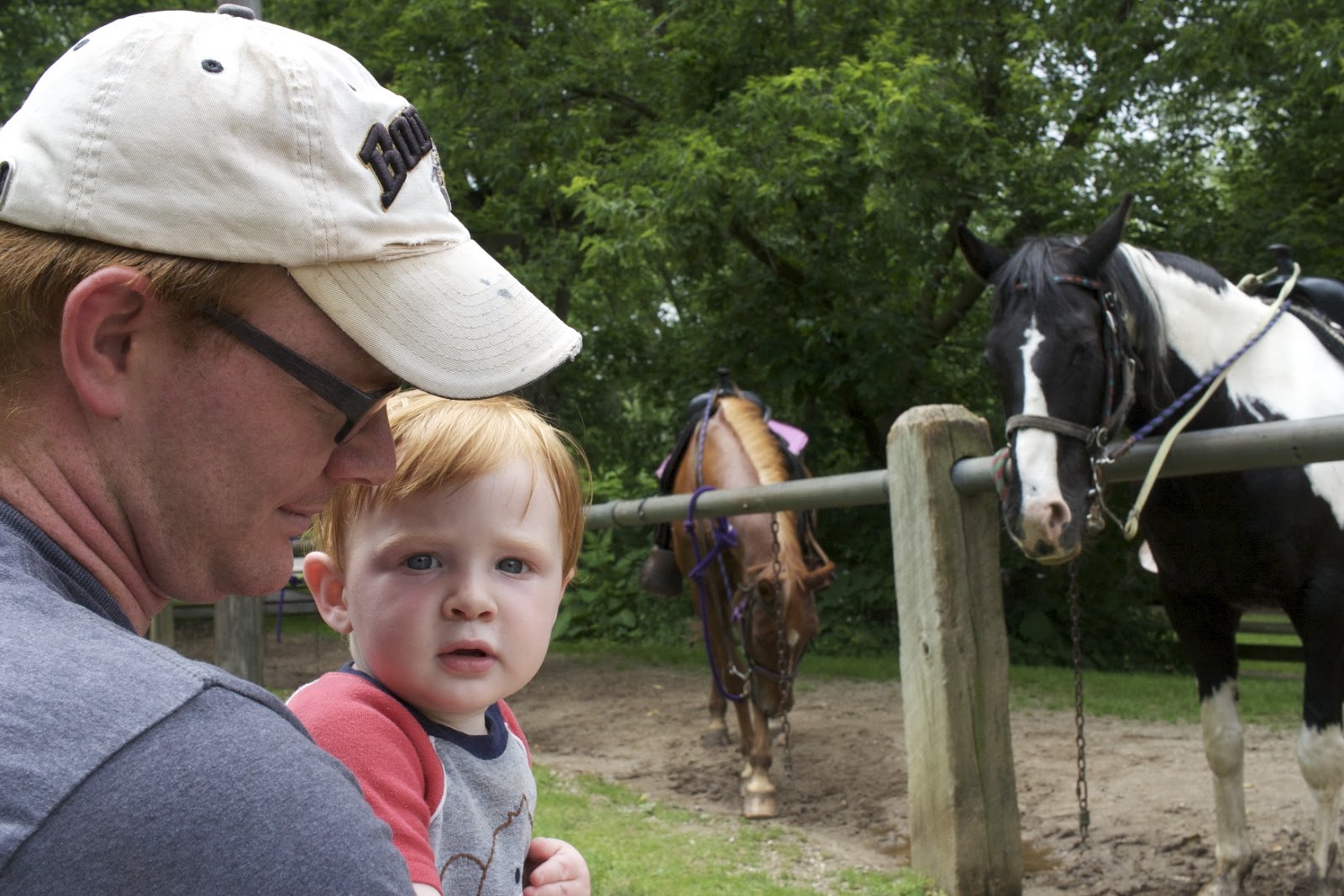 Food thoughts... because really, for me, vacation is majorly effected by food... Name brand s'mores were totally worth it. The extra cents to get fabulous real-deal s'mores were the way to go. We had PB&Js for lunch on Saturday and boxed wine with us for the weekend. Next year: deli meat and beer. (And yes, I said next year.) (NB: I made all the food decisions.) 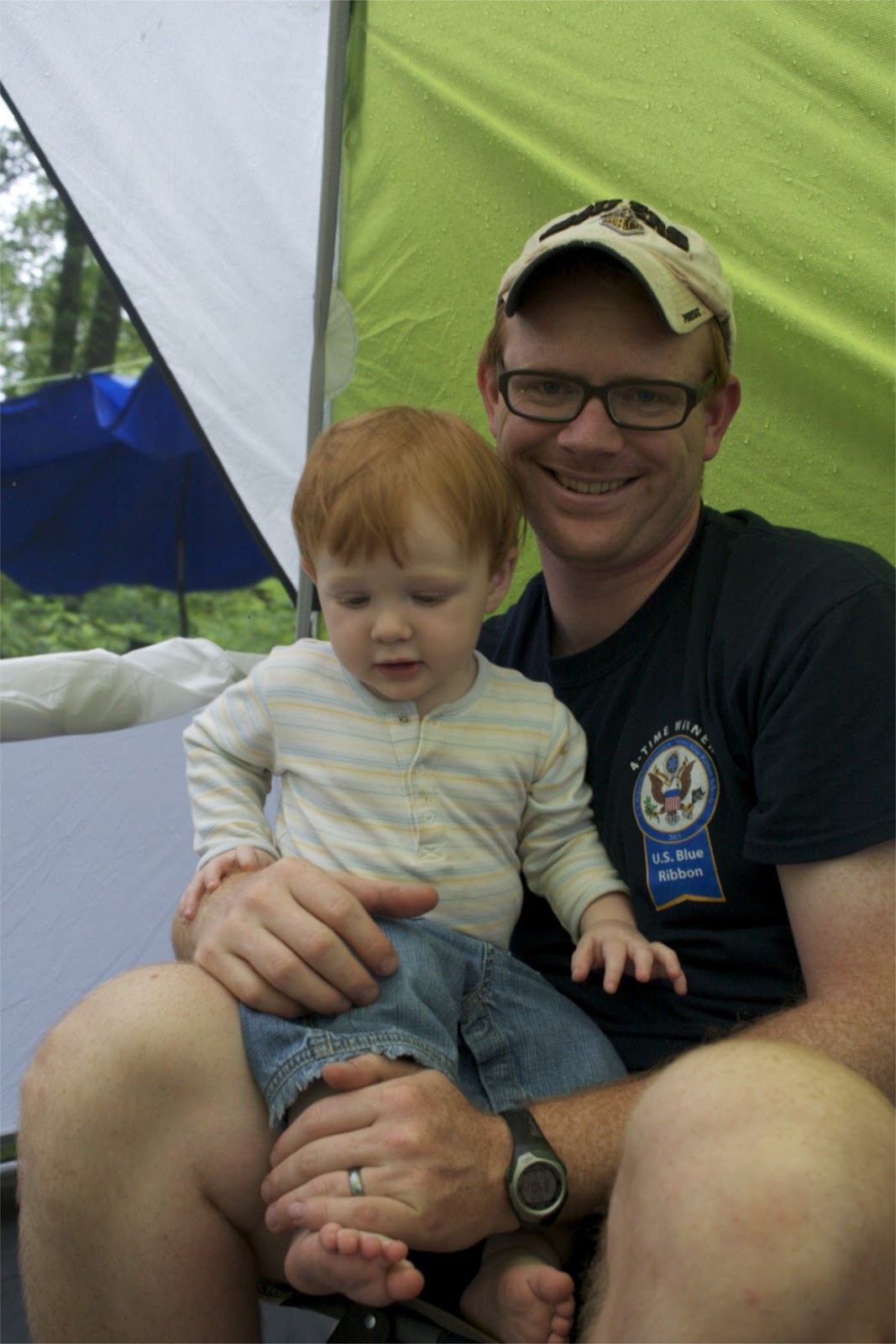 George slept beautifully. It turns out having a sound machine in his room his whole (long) life paid off as the tent sounded... just like his room. 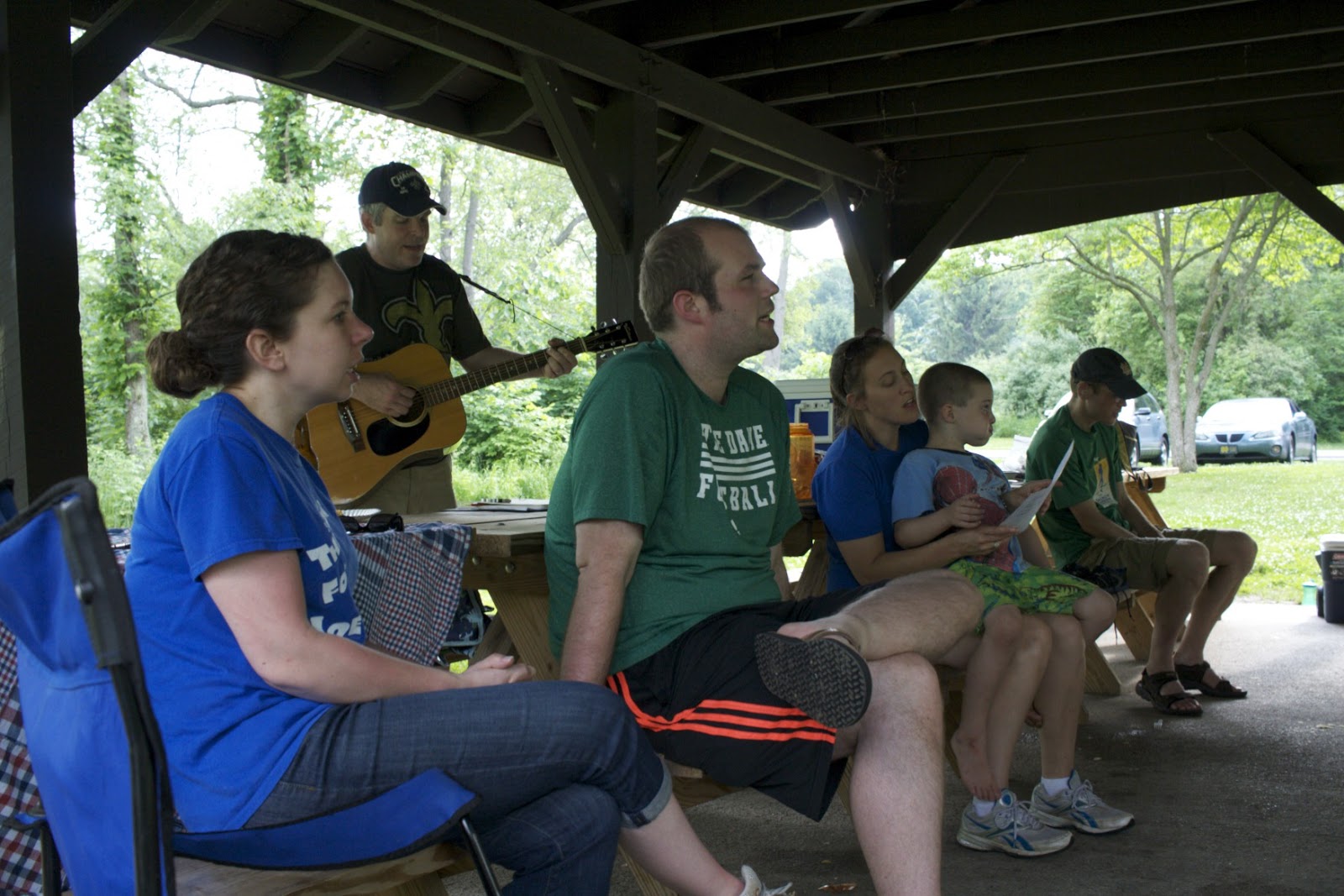 We were supposed to get a lot of rain this weekend, and the Lord was merciful. The rain didn't come on Saturday until 11 p.m., after the adults had had some kid-free conversation around the campfire and we were able to set-up and take-down in dry conditions. Alleluia. 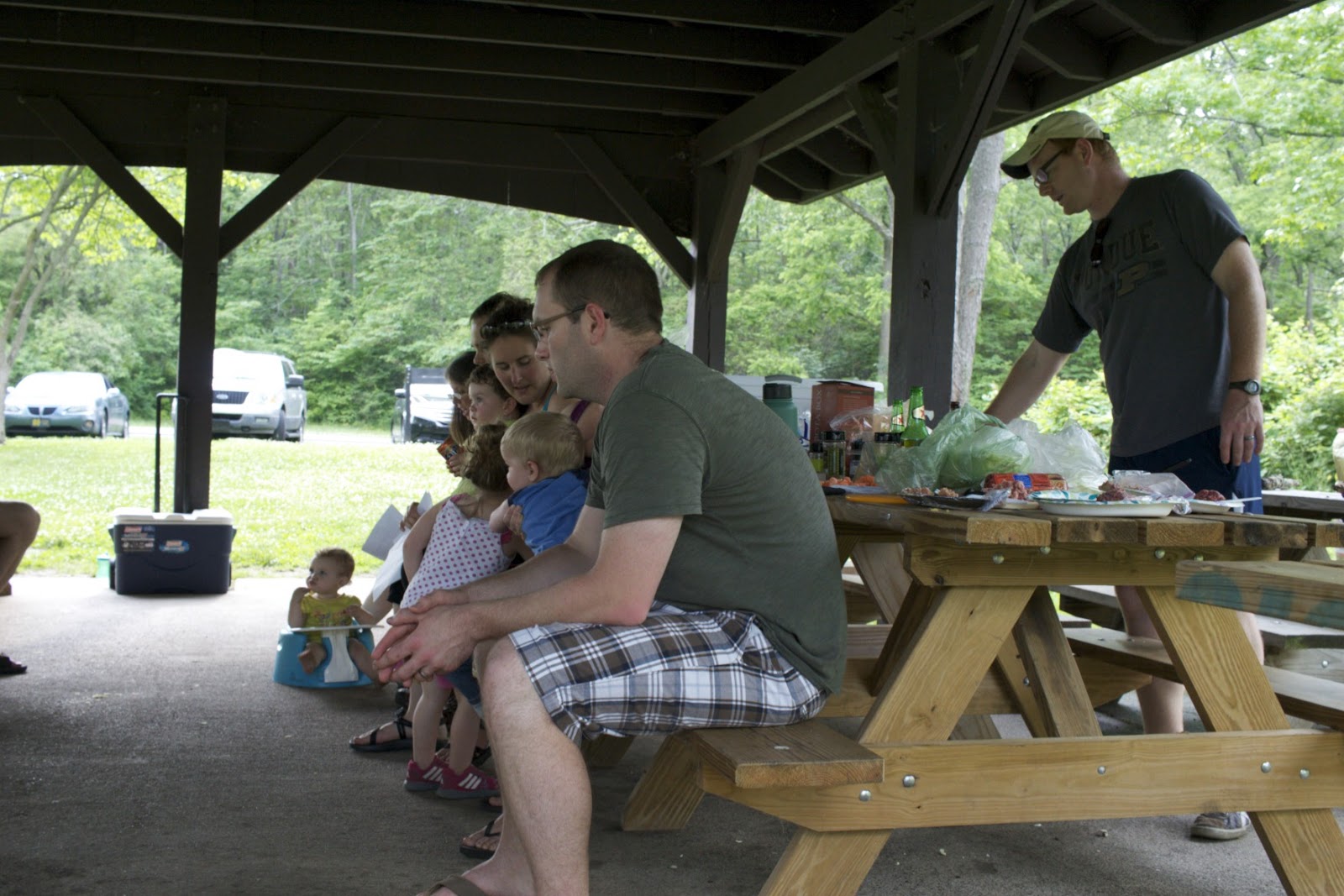 Brian is a champ. He married a non-camper and he puts in a lot of work to make these weekends fun for me... and I'm very grateful. I have had a lot of fun!

Oh, and we all felt a bit like this after we arrived home...
:) Signing off! ...From a frigid air-conditioned basement!
Posted by Mrs. Mary Virginia at 7:58 PM