7 Quick Takes Friday
--- 1 ---
As my Dad has always said when referring to countries with different languages, "Did you know that they have a different word for everything?!" #LivingThatJokeOneDayataTime

--- 2 ---
We watched a little bit of Disney Channel with this kids this week. It was 7:30 and the show lasted until 8 p.m. When the show finished, a German lullaby played:

...and then there was a static screen with Disney balloons that said something to the effect of: Good night. See you at 6:30 a.m.
Crazy , right? Nothing airs all night on that channel... Because German children are all in bed. Natürlich.
--- 3 ---
Do you know what rose hips are? I was aware that they existed but was completely surprised when I figured out that rose hips were the "fruit" that I couldn't identify here! 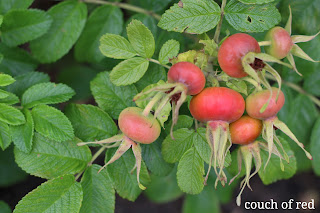 Pretty, no? They're 2' bush like plants that are everywhere here!

--- 4 ---
This past week I finally had the idea to search for "Catholic Church" with German words (Katholische Kirche) on Google Maps... And discovered that we were driving 20 minutes to church for no reason! There's a church a 10 minute walk from our front door! Perfect. And they have a 9:30 a.m. service--Perfect! This is kind of a big deal for us. I'll be very  happy to walk to church, again. (These are the same stats that we had last year, too--10 minute walk from home for a 9:30 service. Kind of neat.)

--- 5 ---
We've all been enjoying our new vacuum... But I'll tell ya. It was quite the moment when I allowed George to vacuum our living room rug and he yelled over the din of it, turning his head around while still vacuuming and yelled to me in the kitchen, "I love you, Mama!" That was quite the motherhood moment--I tell ya.
--- 6 ---
Speaking of George... We've met a family at Kita (Kindergarten) whose Dad is American (and Yankees fan!). Brian had a brief conversation with them this week and the Dad asked George if he speaks English. "No, I don't speak English." George replied. "Do you speak German?" the man asked. "Nooo... I don't speak German." "What do you speak, George?"

"I speak Massachusetts!"
Boston, you should be proud. You've won us over. And yes, we do miss you.

--- 7 ---
We celebrated Rowan's second birthday this week! Whew! She's so big-going to school and playing and yelling, "Bis morgen!" to all her friends on her way home each afternoon. I'm so proud to be her Mama. 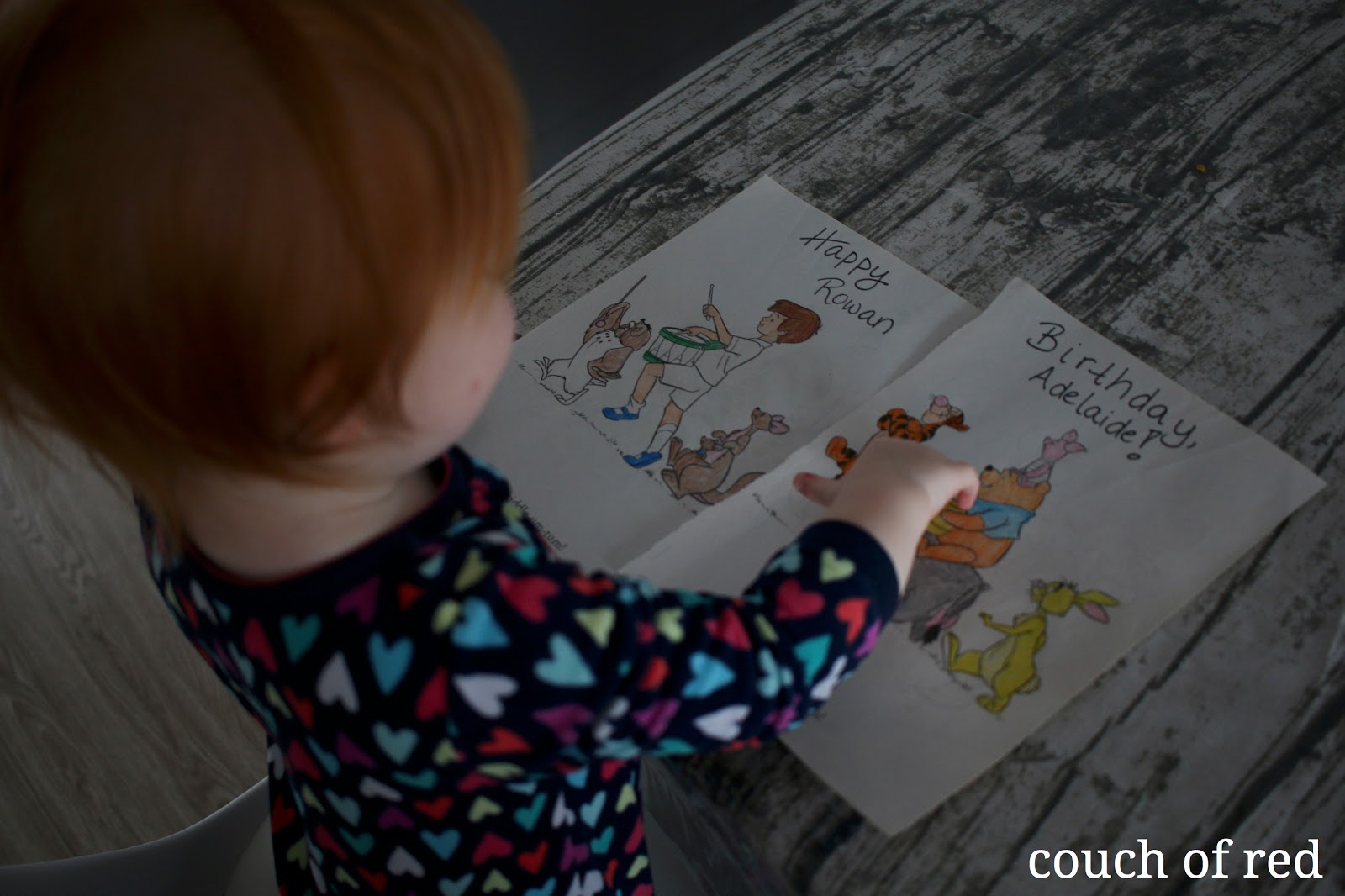 Happy Friday!
Posted by Mrs. Mary Virginia at 12:17 AM